I need a lawyer for:

I need a lawyer for:

Taranaki is home to some of New Zealand’s most successful Energy Operators who drive innovation in the energy marketplace. Our team have made it their mission to understand the complex layers of oil and gas regulations and deliver for our clients.

The natural resources sector plays an unparalleled role in New Zealand's economy and future prospects. We use our experience and knowledge of the industry to provide pragmatic advice to our clients.

Our regional positioning as Taranaki's leading law firm has meant we have gained a unique understanding of all aspects of the oil and gas industry, both onshore and offshore. As a result, we are the trusted advisors to a number of New Zealand's most successful oil and gas operators.

Our Energy and Resources Specialists

Lauren joined Govett Quilliam in 2006 and became a partner in 2010. Lauren leads our Environment and Planning Team. She has previously worked as a barrister in a specialist environmental law chambers in Auckland and also for a leading local government firm in Nelson.

Lauren has been involved in a variety of environmental and local government matters throughout her career. She has a broad client base and acts for local and regional authorities, individuals and families, national corporations, local businesses, iwi and PSGE, and community organisations. Her key areas of practice include:

Lauren also regularly acts for our construction clients and has considerable experience in building law and with respect to construction contract disputes and weathertight homes claims.

Lauren is the founding member of the Taranaki branch of the Resource Management Law Association (and past president and secretary) and the honorary solicitor of the Friends of the Govett Brewster/Len Lye Centre and of Heritage Taranaki Incorporated. She is also a trustee on the Moturoa School Board of Trustees.

Alice has been a Partner of Govett Quilliam since 2014 and has expertise in commercial and property law. Prior to this, Alice used her expertise to provide specialist in-house support to several Oil & Gas Corporates. She now leads the Private Client and Property Team, providing legal advice and support to private clients. Alice, together with her team, works hard to provide each client with a bespoke legal experience.

Alice has a broad range of property and commercial law experience. She has worked with all manner of clients from a national infrastructure company, oil and gas corporates, property developers and farmers through to local entrepreneurs and business owners and residential home buyers and sellers. She has developed particular expertise in property rights and interests, including land access agreements, easement agreements, commercial leases, subdivisions, and residential and commercial sales and purchases. In acting for you, Alice focuses on getting to know you and your business. She strongly believes that developing a good working relationship with her clients is first and foremost.

Alice enjoys spending her spare time with her husband, her two young children, and her friends. She appreciates good food and keeps fit by running. Alice is a board member of the Taranaki Hockey Federation.

Rebecca joined GQ in 2016, after working in the Resource Management team at a large corporate law firm in Auckland for two years. She is an associate and practices primarily in resource management, as well as in employment and civil litigation.

Rebecca has experience advising and representing clients on a range of resource management matters including consent and plan change applications. Rebecca has also assisted both private and public sector clients in relation to various District Plan reviews. In addition, Rebecca has experience advising and representing clients in relation to the marine consent process under the Exclusive Economic Zone and Continental Shelf (Environmental Effects) Act.

Rebecca has experience advising clients on a range of local government issues including bylaws and policies, road stopping and Sale and Supply of Alcohol Act matters.

Rebecca loves making the most of the beautiful Taranaki coastline and New Plymouth's thriving café scene with her family and friends. She enjoys living an active lifestyle and in her spare time can usually be found walking her dog at the beach or on one of New Plymouth's many walkways. She is also the Chair of the RMLA (Resource Management Law Association) Taranaki Branch. 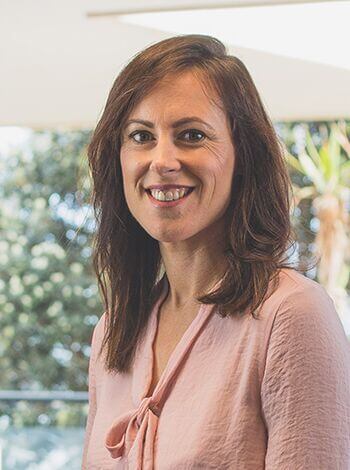 Kirsty is a senior lawyer within our commercial team specialising in procurement and outsourcing, leasing, construction contracts, property rights and corporate governance.

She has broad commercial  experience advising clients across a range of industries, including oil and gas, transport, construction and property development.

Kirsty is a co-opted member of the Fitzroy School Board of Trustees.

Kirsty is kept busy with her two young daughters and their many activities.  She is a big fan of the local café and music scene and enjoys keeping active with running, netball and basketball.

Innovating for the Future by Building on the Past